The IIRS in Glasnevin was the successor to a wartime institute which had provided substitutes for products and equipment that were unavailable during the 1939-45 conflict. Established in 1946, the IIRS offered technical support to Irish public and private businesses. As such it held a practical, rather than a policy, role. That positioned it ‘down the line’ from other government-funded agencies such as the Industrial Development Authority.

I joined the institute in 1966 as a (temporary) analytical chemist after graduating from UCD with a BSc degree. Two years later I transferred to the information department, where Gerry Sweeney was the director and paper journals were the primary resource. This department supported the staff of the IIRS by searching for scientific and technical information relevant to their clients. Most of those were indigenous organisations in sectors such as textiles and construction.

Supported by the IIRS, I signed up for a masters degree course at the Centre for Information Science in City University, London. This involved writing a thesis, supervised by Professor Jason Farradane, on the potential of computer processing to develop ‘selective dissemination of information’. When I finished the MSc in 1969 the IIRS promoted me to head of library and information services.

My new responsibilities included early work on online information access. Accordingly, when Ireland joined the European Economic Community at the start of 1973, I was appointed as a member of the Irish delegation to the directorate, DG13, that co-ordinated this activity among the member states. Gerry Sweeney and Dermot Murphy from the National Board for Science and Technology were also on that delegation. I became the chair of DG13’s technical implementation sub-committee in 1974, when it began to award contracts to PTTs.

Trinity College Dublin professor John Byrne was one of the first people in Ireland to grasp the potential of electronic versions of data sets as information sources. He was anxious to get some publications from his department and we did some research together, using databases provided by the Institution of Electrical Engineers in Britain. We presented our work at the Cranfield Conference on computerised information retrieval. In 1972 we wrote a paper on machine readable catalogues for a journal, Information Storage and Retrieval, which Professor Farradane edited. I think that John Byrne tried to interest the TCD library in this technology, but I don’t know what happened there.

Through my connection with DG13 I became familiar with the information services available in other countries. ESRO was one of the earliest providers of online services and had already become a major source of scientific information in the early 1970s. Ireland was not a member of ESRO, but I was nonetheless able to organise public demonstrations of its services.

The first was at the RDS Science Exhibition in February 1973 – an educational event that also served as a meeting place for scientists and technologists from different fields. A team from the ESRO laboratory for advanced research in Frascati installed a computer terminal at the exhibition and established a link to the organisation’s facility in Darmstadt, Germany. The demonstration showed how it was possible to submit combinations of technical keywords and search through ESRO’s files.

The next landmark was a permanent installation at the IIRS, based on a Digital Equipment PDP-11 minicomputer, for international information access.

The institute’s computing department, headed by Ray Fox, had very limited facilities and financial resources. Its operations in the 1970s were restricted to some accounting and rudimentary data processing applications. The information department did not have any role in this work, but we had fairly continuous discussions concerning our particular needs, mostly about dial-up access. We also received offers of computer equipment from, for example, the British Library, but the IIRS turned down our requests for funding for these resources.

This situation changed after ESRO was superseded by the European Space Agency (ESA), which Ireland joined in 1976. Each member state was entitled to a node on the ESA computing network. I was able to organise a connection from Ireland because all the equipment, including a leased line from Glasnevin to Frascati, would be paid for by the ESA. The IIRS computer department raised serious arguments against this arrangement and there was quite a discussion about it inside the organisation. But in the end we got the machine because we didn’t have to pay for it.

I don’t recall which PDP-11 model we installed. Bear in mind that this machine was built, programmed, installed and maintained by the European Space Agency.

We installed the system with software that the ESA had developed to enable access to its scientific databases. The minicomputer could accept incoming calls and forward them to Frascati. This meant that we could demonstrate the online service all around the country. We generally used dumb terminals made by Texas Instruments to connect with the PDP-11.

We mailed potential users and most of them came to see the ESA services. Many, including some medical people, were enthusiastic. In general, however, the cost of the data lines available from the Department of Posts and Telegraphs (P&T), and the quality of dial-up connections, militated against regular use.

At that time there was little if any capital investment telecommunications in Ireland. The P&T was always under pressure to provide lines and it was well understood that, in many areas, a wait of several years for a line was normal. The IIRS, for example, tried continuously to get more lines in Glasnevin but to no avail. Outside Dublin the quality of service was very variable, even in the larger towns. Dial-up data communications was a lottery, both in getting access and maintaining it. In addition, the costs for dialling back to Dublin were high, and neither IIRS nor the sites we used for demonstrations had the necessary resources.

Raidió Teilifís Éireann offered me a slot to demonstrate how our system could access information in the ESA, but this offer had to be cancelled because it was impossible to install a telephone line in a TV studio.

We also ran into some professional resistance to our form of information retrieval. Most of our ‘marketing’ was to university libraries, where the managers tended to be traditionalists, disliked ‘not invented here’ processes and were reluctant to modernise their systems. The online options were well understood by other individuals in the universities, especially in the computing departments which understood the benefits of online access to international research. But the overall rate of progress was slow.

There was little interest in online information among commercial firms – apart from System Dynamics, where I helped Fred Kennedy to bid for work for the European Commission. One of our international contacts was a German government institution that worked with industry to upgrade its processes. This organisation had developed online access to food science datasets and we arranged some presentations to food producers in Ireland. We failed to convince them. None of the major co-ops, for example, became users of online information services in the 1970s.

Meanwhile, DG13 was drawing up plans for the first international data network.

The European Commission awarded contracts to the monopoly telecommunications suppliers in each member state to provide dial-up access via local nodes to electronic databases around Europe. This project, which used the X.75 and X.25 protocols, established the Euronet – a data network for terminal-to-host communications. Significantly, Euronet was not permitted to offer terminal-to-terminal connections. The telecommunications authorities did not want new technologies to divert traffic from their telex services.

In 1978 I was seconded to the Commission to create the Direct Information Access Network for Europe – a consortium of information suppliers to Euronet. Dial-up access to data networks was vital for this work. By the late 1980s I was contributing to papers on hypertext and I attended the first presentation that Tim Berners-Lee gave on the World Wide Web concept. Most of the audience were university computing people, who were sceptical about his ideas.

When I moved to the Commission I expected to work there for just three years. I stayed for 20! 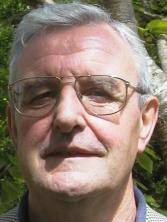