Trinity College Dublin had never backed a campus company before. Individual academics, it was true, had previously established commercial ventures, including well-known information technology firms like Baltimore Technologies, Mentec and Softech. But Trinity as an institution had not participated in the formation of these businesses.

In 1991, however, the university introduced a formal process to support the creation of commercial companies and to share the proceeds from their patents and other intellectual property that they generated on campus. Iona Technologies was the first start-up under this new regime. Close behind it came internet service provider IEunet.

Eoin O’Neill, the university’s director of innovation services, designed the blueprint for campus companies. The new rules would enable them to access the university’s resources and allow their founders to draw an income from teaching for a transition period. O’Neill surveyed each of the university’s departments, identifying projects with commercial potential and researchers who might evolve into entrepreneurs.

The department of computer science was the most likely place on the campus to find emerging technologies with commercial potential. Its distributed systems group (DSG) was well versed in Unix-based infrastructure, distributed file systems and object-oriented software. It was also something of a veteran in the European Commission’s Esprit IT research programme. Thanks to the activities of the DSG, Trinity was then receiving more Esprit money than any other university in Europe.

The DSG was already more than ten years old in 1991. It coordinated the participation of fifteen computer science lecturers and postgraduate students in Esprit projects. One of the group’s members, Chris Horn, had previously worked inside the Commission in Brussels.

Esprit had always focused on the pre-competitive phase of information technology research and promoted vendor-independent technical standards. By the start of the 1990s the Commission was keen to encourage the commercialisation of the programme’s work on software methods and networked computing. Europe’s big IT vendors had other priorities, so smaller and more specialised firms were beginning to take up this challenge. 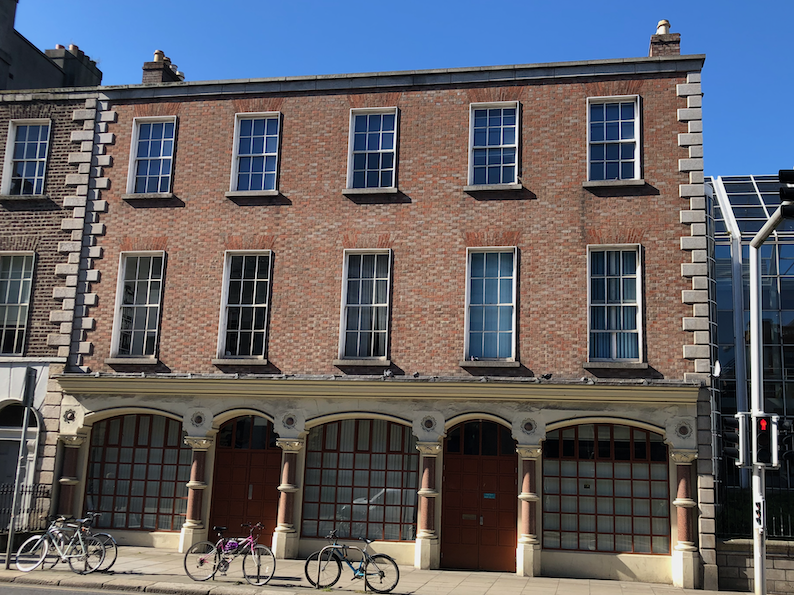 The university housed its campus companies in a section of the O’Reilly Institute behind a former shopfront on Westland Row. Iona’s first office was up on the second floor at the back of this building. After a few months the company moved to the ground floor and occupied the rooms behind the large windows on either side of the left hand door.

Iona Technologies was incorporated on 19 March 1991 and employed three software developers from the DSG as its initial staff. Trinity housed them in a barely-furnished room at the O’Reilly Institute on Westland Row. It was equipped with a telephone but no computers. It contained a desk but no chairs.

Under the university’s new rules for campus companies two of the company’s founders, Chris Horn and Sean Baker, could continue to teach students for up to three years. The third member of the Iona team, Annrai O’Toole, had been a full-time paid researcher in the DSG.

The new business shared its name with the Scottish island with an early Christian monastery. Later software firms in Ireland followed this precedent and borrowed other titles from minor islands. Few offshore locations were left unclaimed a decade later.

Iona’s management also took up the habit of capitalising the company name, although they never spelled out its letters when they spoke about the organisation.

The software start-up was well connected from its inception. The three founders were accustomed to networking with the distributed systems group’s research partners and knew their way around the European Commission. But the new firm’s expertise was in software methods without a proven market and technologies that institutional investors found uncomfortably futuristic.

Iona’s first revenues came from training courses, mostly in the C++ programming language, followed by roles in two European research projects. When it tried to formulate a business plan, it was increasingly drawn towards object-oriented software and to the potential for computer users to access objects across networks.

The mission of the Object Management Group (OMG) was to establish industry standards for this type of software. Founded in the wake of pointless competition among alternative implementations of the Unix operating system, the OMG wanted to prevent turf wars over the next generation of software tools. It had a strong following among the Esprit alumni in Europe and was also backed by most of the leading forces in the US industry.

Trinity’s distributed systems group was an early member of the OMG. Iona Technologies would become one of its leading lights.

The OMG’s drive to establish object-oriented software standards through consensus centred on the common object request broker architecture (Corba). In late 1991, following months of negotiation with rival corporations, the group announced version one of the Corba specification. The big computer makers accepted Corba insofar as it could complement their proprietary technologies. Iona decided to build an affordable and vendor-neutral implementation.

It launched its Orbix product – the first Corba toolkit for software developers who used the C++ language – at the Object World show in San Francisco in June 1993.

Iona Technologies was still a tiny operation with just eight employees and no marketing muscle. Orbix attracted the attention of a couple of American venture capital firms, but these were only willing to invest in Iona if it moved to the US.

SunSoft, the systems software arm of high-flying computer maker Sun Microsystems, bought a minority shareholding in Iona in the final weeks of 1993. This deal enabled the company to expand its development workforce, picking the cream of Dublin’s software talent, and to ramp up its sales activity. It became a pioneer in marketing its wares over the internet and distributing its code electronically. Iona was soon the biggest user of internet bandwidth in Ireland. Lucrative product and service contracts followed with corporations like Motorola and Boeing.

By 1997 Iona was running offices in ten cities across four continents and more than 300 sales and marketing partners were distributing its software integration tools. The company’s revenues peaked four years later at around $180 million. Progress Software Corporation acquired Iona Technologies in 2008.

May 1987: ‘I became a missionary for relational databases’

23 May 1978: ‘I gave a lot of demonstrations where I switched off that computer after 45 minutes’

October 1977: ‘The only mini thing about it was that it came from the Digital stable’

29 April 1968: ‘A stimulating environment in which to exercise the highest professional competence’

Finally the day arrived. It had taken us a little time to negotiate with the TCD authorities and to receive formal permission from them to form IONA. But now on day one, we had our own tiny office in the College Innovation Centre, complete with a desk and telephone but no chair!

We wanted to try and raise some seed capital, or even a loan, and maybe get a government grant, to be able to hire our first staff and get our first computers, and start coding our first product! But on that first day, all that was in the future. We sat together on that desk and on the floor, relieved that at last we had our own company, and in both excitement and slight trepidation about what was about to unfold.

Forming IONA was a good example of being in the right place at the right time.

We had years of experience in our area, but a tiny budget. We implemented just the core of an international standard at a time that telecommunication and other companies were desperate for a solution. Luckily too, the large software companies had too much money, so they developed overly complex products that came to market years too late and then didn’t work well.

We also benefited because we could hire great talent, which won’t have been available ten years previously. We were young, they were even younger, and thankfully no one told us that the chances of success were so low.

It’s hard to imagine just how different the technology and company formation environment was back in 1991. There were no VCs and software companies were exotic. The technology scene in Ireland was dominated by large US corporations like Digital or IBM. There was the California myth of setting up a company in a garage and we drew on that myth as the original space for IONA was literally a garage at the back of TCD.

The pervading route for ambitious people at that time was to emigrate. In 1989 an IDA advertisement featured a group of four Trinity students. It became infamous when all four graduated and left the country.

So much was to change for the better over the next 30 years and it’s nice to think that we had some part to play in bringing around that change.