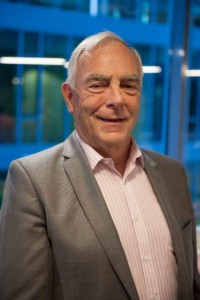 Barry Rhodes had an unusual knack for skipping effortlessly from each generation of information technology to the next one. His career stretched from the accounting machines and mainframes of the 1960s through the personal computer boom of the 1980s to the rapid scaling of the international internet infrastructure in the 2010s. As chief executive of the Internet Neutral Exchange he was an influential figure in the Irish IT industry right up until the weeks before his death in September 2018.

It was typical of Barry that he joined an internet service provider at the time when internet usage was about to go mainstream and when he was decades older than most of the leaders in the internet connectivity business.

Having qualified as a Chartered Accountant in London (1965), I soon realised that I was more interested in a career that looked to the future, rather than one as an accountant, which for me at that time consisted of auditing the historical trading results of organisations. So, I followed a cousin of mine into the U.S. company, Burroughs Machines, which together with National Cash Register (NCR), were the undisputed leaders in the thriving accounting machine business. My business card, containing my ACA qualification, opened many doors and I made swift progress in various sales positions with Burroughs; in Park Royal – London (near the Guinness brewery), Nairobi – Kenya, the Heathrow Head Office, and Plymouth – Devon, before being promoted as General Manager for Ireland, based in 32, Nassau Street, Dublin 2, in January 1977.

The mainframe computer industry at that time consisted of IBM and the ‘BUNCH’, the nickname derived from the names of five competing companies: Burroughs, UNIVAC, NCR, Control Data Corporation, and Honeywell, whose combined annual turnover was less than that of IBM. These ‘BUNCH’ companies followed IBM into the mini/microcomputer market in the 1980s, trying to emulate the unprecedented success of the IBM System/360, which was responsible for computers becoming a mass market that few organisations of any size could afford to ignore. 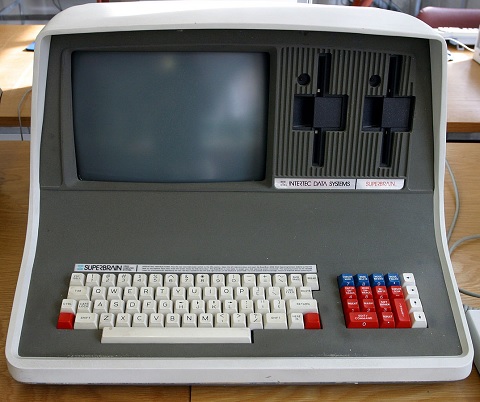 Four years later, I was anxious to get into the smaller ticket market of microcomputers, and was willingly lured into the Matrix Group, the brainchild of ex-IBMer and tech visionary, Joe Rooney. The Matrix Group consisted of five dynamically growing and autonomous companies, each dedicated to providing computer services; Computer Staff Recruitment (CSR) – specialist ICT recruitment; Keytrainer – audio visual keyboard training; Systems Software – bespoke software solutions; Marketing Thrust – systems consultancy and training; and Business Automation (later renamed  BA Systems) – hardware and software system sales, which I joined as Managing Director. My first responsibility was managing a small sales team selling the Superbrain desktop computer from Intertec, based on the CP/M operating system, as this was before the arrival of Bill Gates’ MS-DOS in 1981.

Business Automation is probably best-remembered for importing the first IBM PCs into Ireland, on the ‘grey’ market, more than a year before they were officially launched in this country, with Cara, Tomorrow’s World and Datapac, announced as the first official IBM personal computer dealers in 1983. A few years later, we then brought the first Unix/Xenix, multi-user systems into Ireland, from Altos Computer Systems, whose base was in San Jose, nicknamed the ‘Capital of Silicon Valley’. At that time the main competition for Altos in the Irish multi-user market (stand-alone units networked together through serial ports) was from another Californian company, North Star Computers, which although inferior in technology terms, had the significant advantage of being manufactured in Cork. BA joined the Irish UNIX Users Group and actively participated in its development, being the only commercial member at that time. In particular, I remember John Carolan and Simon Kenyon as being the leading lights in instrumental in the making it happen in this country.

Whilst I had left BA and the Matrix Group (in 1991), before the Internet was generally available, my colleagues and I had been involved in other innovative technologies, including videotex and EDI. Joe Rooney was an early believer that videotex, a development of teletext, which consumers were increasingly using on their television sets, was an excellent marketing vehicle  by means of units placed in hotels, retail centres, airports, etc. BA worked closely with the early leaders in this exciting sector, InView Communications, led by the insightful duo, Karl O’Reilly and Fraser Macmillan, Patric Videotext (Henry Kennedy) and Associated Media Group. However, it was Cognotec (Brian Maccaba) that achieved the most success with this technology, by concentrating exclusively on the financial terminals marketplace.

It was a similar story with EDI, despite a significant capital outlay by the Matrix Group. This overspend eventually led to the demise of the whole group, due to a credit spiral that steadily worsened as the recession of the late 80s gathered pace. EDI was  an innovative business  technology that permitted organisations and  their trading partners to electronically exchange business data directly between their computers, without the need for human  intervention. At the time we thought that Matrix had pulled off a coup, by recruiting an acknowledged expert from IBM, Fred Metzgen, who had been heavily involved with the development of EDI from its earliest inception. Relying on his expertise, we spent heavily in establishing and staffing a new subsidiary, EDI Matrix, located in Tooting, South London, before there was any real market for the technology from which revenue could be earned. In fact, EDI was never the panacea for international trade that many of us expected and more money was lost than was gained by those pioneers that tried in vain to make it happen.

I had offered myself for redundancy from BA Systems and the Matrix Group, together with 17 other colleagues, a few months before the company was acquired by ICL in 1992. I then spent 4 ‘quiet’ years with Irish Medical Systems (IMS), a company that successfully bid for various EU project funds, enabling them to develop leading-edge software solutions for the healthcare industry. Unfortunately, this was at a time when the Irish Health Boards and the Department of Health were investing very little on technology solutions.

My personal serendipitous moment came when technology entrepreneur, Samir Naji, the founder of Cork’s Horizon Technology Group, called me to see if I was interested in joining his company, Internet Services Ireland (ISI), as Marketing Manager. At that time ISI had a single product, ‘HomeNet’, a residential, dial-up Internet access service. However, Samir had set his sights on the evolving corporate Internet market and with two other technology entrepreneurs, Tony Kilduff and Paul Kenny, acquired the corporate only Internet services provider, EUnet Ireland, from Cormac Callanan, Michael Nowlan and TCD. The two companies were immediately merged with David Mee as the new Managing Director and Nick Hilliard and Chris Higgins jointly managing the network operations.

This was probably the most exciting time of my career. There were half a dozen of us introducing organisations to the benefits of the fledgling Internet technology, with no idea as to how quickly it was going to take off. I remember that we were selling .ie domain names at £100 (punts) each and the Internet access charge for a 64k leased line, which only the largest organisations could use, or afford, was £4,800 (punts) per annum, with the cost of the leased telephone line from Telecom Eireann to be added to that. EUnet Ireland grew quickly, with access to the World Wide Web becoming the new driver of Internet traffic. As the leading supplier of corporate Internet access services EUnet Ireland also had the advantage of being truly, independently owned, whereas the main competitors, PostGEM and Ireland On-Line, were owned by An Post and Indigo had been acquired by Telecom Eireann (now eir). Telecoms entrepreneur, Denis O’Brien, was quick to realise the additional value that a corporate Internet Service Provider would bring to his fast-growing Esat Telecom business, so in 1999, he made a bid to the three owners of EUnet Ireland that could not be refused and acquired the business, renaming it Esat Net, with Richard Cooke as the new Managing Director.

INEX was not the first attempt at setting up an Internet Exchange Point in Dublin; a previous attempt led to the formation of DINX, the Dublin Internet Exchange. However, competitively priced co-location space proved to be problematic at the time, and when two participating ISPs suggested hosting the exchange point in their own data centre as a compromise, the other ISPs withdrew from negotiations, deeming that this would put them at a significant competitive disadvantage.

In 2000, Cara announced their intention to move premises and INEX took the initiative to move to the neutral, co-location provider, Data Electronics Group (DEG) at their facility in Ballycoolin. A year later INEX moved its hub again, when DEG acquired Inflow’s Dublin data centre in Kilcarbery Park, Clondalkin. In 2003, Alex French (one of the Bitbuzz founders) authored a plan for INEX to appoint a General Manager, as at that time the Association was run on a totally voluntary basis by a representative from each of the 8 members, who were obviously not in a position to give sufficient time to concentrate on growing the exchange membership. As someone who had just become ‘semi-retired’, I was approached by Justin Verrecchia, then of BT Ireland, to see if I would be interested in taking on the role on a part-time basis. That was the start of another exciting period in my career, which is a story for another time.