When I left school in 1964 I started selling tickets for the Mailboat from Dun Laoghaire. This was a job for life, according to my mother. She was very pleased. I stayed with British Railways for six years, then joined Rank Xerox to sell photocopiers. My mother was not so pleased.

I was able to earn a lot of money at Xerox. By the middle of the 1970s, however, we knew that the photocopier bubble was going to burst. I wanted to get into other things. I applied to several computer companies and received an offer from ICL in 1976. My on-target earnings would be only half of what I had made in the previous year at Rank Xerox, but this move got me into the computer business. I reported to Iain Colquhoun, who was in charge of ICL’s new business sales.

ICL had just bought out part of Singer Business Machines, obtaining the rights to sell the System Ten minicomputer. The size and cost of this system came within the range of medium sized companies. My job was to look for new customers for ICL. My first sale was two systems to pharmaceutical company Allergan in Westport. 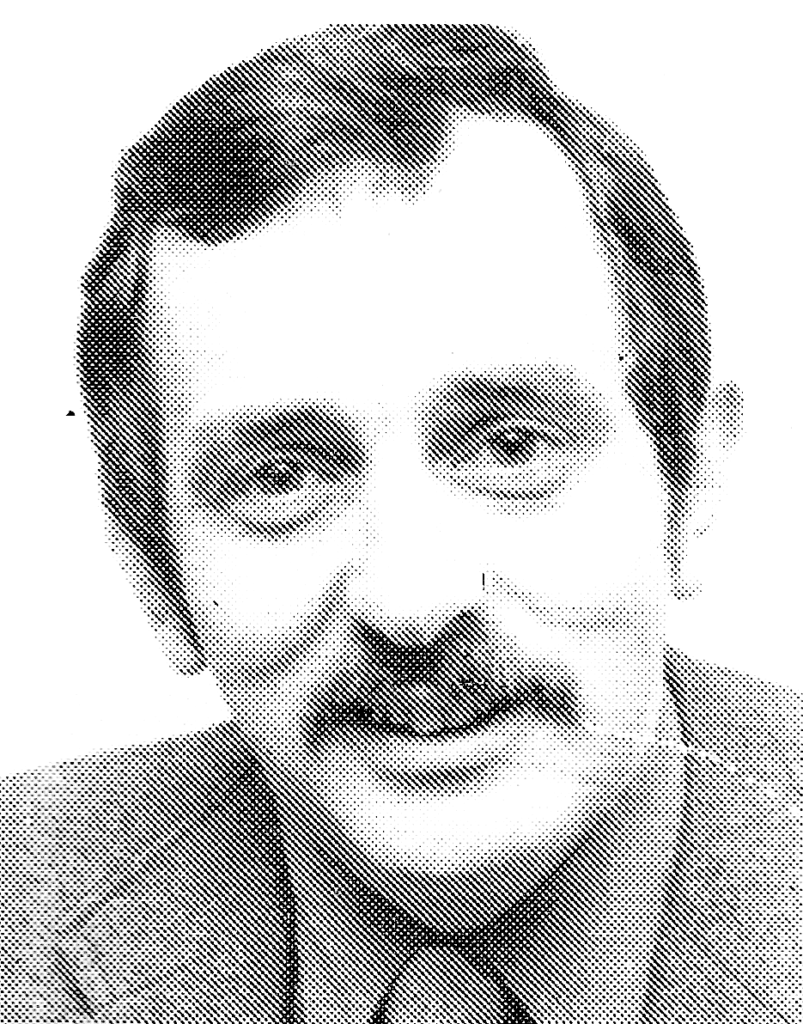 Singer had sold the System Ten in Ireland before it offloaded the business to ICL. As a result, we had a major reference site at James Mackie and Sons, a textile machinery maker in West Belfast. I remember going there with a potential customer, but we tried that only once. The visit was cut short as street riots broke out on the Shankill Road. We had to leave in a hurry, avoiding burning road blocks and angry gangs without knowing which ‘side’ was involved. We were very aware that our car had a Dublin registration plate !

During my two years at ICL we shipped System Tens to the Pilkington Glass manufacturing facility in Templemore, Waterford Savings Bank and stove and cooker supplier Waterford Stanley among others.

Data General’s Nova range arrived in Ireland at around the same time as the System Ten. Neodata set up the first installation in 1975. Most of the early DG customers were tech savvy. DeBeers in Shannon used microNova computers to run its diamond cutting machines. Medical Data Systems, an American-owned assembly operation in Dun Laoghaire, incorporated Novas into its own equipment. And the astronomical observatories in Dunsink and Armagh were early practitioners of data communications.

Neodata, a subsidiary of New York-based market research firm AC Nielsen, was the largest of the early users. It had six major data entry locations in the Limerick / Kerry area, managed by Mike McMahon and employing approximately 800 data entry operators. These centres provided data processing services to major American companies – services that ranged from handling subscriptions to Playboy Magazine to registering the ‘cigarette coupons’ that smokers collected and exchanged for gifts or cash.

Data General set up an Irish service unit, run by Oliver Ryan, Kevin Pender and Kieran O’Toole, to support these sites. The company’s Manchester office was, however, responsible for sales in Ireland until it opened a branch in Baggot Street, Dublin in 1978. Dick Staveley, who had previously worked at Honeywell, took charge there. He recruited a sales team that included Peter McNamara, Michael Gavin and me. Dermot Devereaux and John Hearne joined as systems engineers.

I took over as general manager in 1980 and opened a sales and support office in Belfast. The sales engineer, Bill Wyman, shared his name with one of the Rolling Stones. In 1981 the Dublin office moved to Haddington Road for more space.

Our primary focus was always on selling, installing and maintaining computer hardware. The rack-mounted Nova range was primarily designed for technical applications. The floor-standing Eclipse, which included support for virtual memory and multitasking, was more suitable for finance and administration. DG launched its first 32-bit minicomputer – the Eclipse MV/8000 – in 1980, enabling us to compete more effectively against Digital Equipment’s 32-bit VAX.

Hardware was still expensive in those times. One of our products, for example, was a fixed and exchangeable disk storage unit that sold for £90,000. Its capacity was 50 Mb.

The computing world as a whole was moving towards complete solutions. Data General depended on partner companies to supply software on its systems.

Among the first in Ireland were System Dynamics, which built a Cobol compiler for a Nova installation at Easons, and Supple Software, which developed a system for insurance brokers. DG had a short-lived partnership with Mentec when it opened in 1978, before the company got involved with Digital Equipment. We also worked with Samsom Automation, a Netherlands-based developer of software for accountants and credit unions, whose Dublin office was managed by John Free. Mike Edwards was a Data General partner in the UK. His company opened an Irish branch in Baggot Street to market software for accountancy practices.

Chadwicks, the building products supplier, rolled out a stock control system based on the Nova in 1977. Michael Chadwick, a member of the family that had established the firm, subsequently launched a new computing company affiliated with Data General.

Two of our most important partners were major companies that diversified into multiple lines of business and set up software organisations to serve these subsidiaries. Rainsford Computing was part of the Guinness group which, in the early 1980s, not only ran breweries but was also involved in meat processing and Shannon cruises. Under Conor Dwan it implemented applications like order processing, stock control and transport route planning in a variety of Guinness offshoots. Smurfit Computing, headed by Malachy Doherty, played a similar role in the Smurfit group.

In 1981 Data General itself introduced a suite of office automation software for the Eclipse. The Comprehensive Electronic Office (CEO) featured word processing, e-mail, spreadsheets, business graphics and calendars. But we did not sell it to anyone in Ireland while I was at the company. CEO was ahead of its time. Standalone word processors – most notably the machines sold by Wang before PCs arrived – were still the ‘item’ of the day.

I left DG to join Apple in June 1983. They handed me an Apple III computer and gave me one month to write the business plan for a new sales organisation using Apple Writer and VisiCalc. I had never actually been asked to operate a computer during my time at either ICL or Data General. 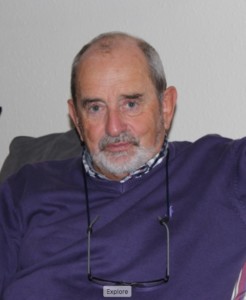 This testimony continues in the ‘Software localisation in Ireland 1982-2002’ archive. Click here to view. 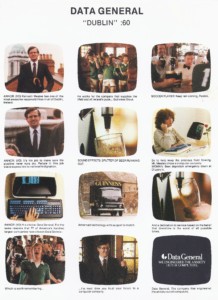 The storyboard for a TV advertisement that Data General ran in the USA in the early 1980s, loosely based on the operations of a CS/70 minicomputer at the Guinness brewery.